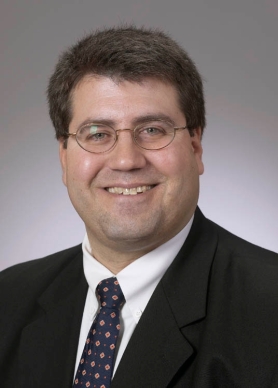 Mike Wesel
Hello everyone!  If you had read either of my first two blogs you would know that I have had epilepsy most of my adult life. I was first diagnosed with Epilepsy in 1972, when I was eight years old. My seizures were controlled later that year and I was seizure free for thirteen years. They returned in 1985 when I was twenty-one and they were controlled again later that year. My seizures returned again in 1992. I was twenty-eight and have had break through seizures, with varied frequency and intensity, ever since.

As Andrea Segedi at the Epilepsy Association and I were brainstorming (pun intended) about what I should write about next, she suggested I should write about having seizures in public. I have had more seizures in public than I can count. In the past my seizures came out of nowhere were very explosive and lasted about twenty to forty seconds with a period of confusion afterwards. Thankfully, the frequency of these intense seizures has decreased.

I have had seizures just about anywhere you can imagine including during Church. I have always been very open about my epilepsy. When I meet someone, it is not long after I introduce myself that I tell let them know that I have epilepsy. I try to let people know what to do, when and if, I have a seizure. This helps take the stress out the situation.

My friends and colleagues all know that I have epilepsy and know what to do. They respect me and treat me like any other person in my profession. When I fly, I always let the flight attendants know that it is unlikely but that I may have a seizure and what they need to do. If I am by myself and have a seizure in public, when I come out of the seizure I immediately let everyone know what has happened. I also always wear a medic alert necklace.

Although most people react in a positive way and want to help, there are people out there who don’t understand or recognize what is happening. When I was in college, I would often swear and talk out of context during my seizures. I did this during a seizure when my friends and I were at the movie theatre. As we were leaving a woman said “That’s some way for an adult to act in the movie theater.” I have only had this happen a few times during the many seizures I have had in public. You just have to keep a positive attitude understand that some people just don’t get it.

I believe that the key to dealing with seizures in public is to let people know that you have epilepsy and what to do if you have a seizure. Also, understand that there are some people who just won’t get it. I suggest keeping a positive attitude and a good sense of humor. I have done a lot of crazy things in my life and during a lot of them, I never was aware of what was happening. 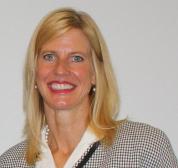 I am pleased to be writing the inaugural blog for the Epilepsy Association . I hope you will visit often, and find this blog site a place where you get useful and practical information about things that matter to those affected by epilepsy and seizure disorders . There is still so much that is unknown about epilepsy, and many people living with a diagnosis of epilepsy feel that they are alone on their life journey. We want this blog to provide—a lifeline for this journey. We hope this site is a source of information and inspiration.

As the CEO of the Epilepsy Association, it is my distinct pleasure to speak on behalf of those in our greater Cleveland community living with epilepsy. These remarkable individuals and their families work to overcome the difficulties and struggles that epilepsy can bring — and in spite of the seizures, they persevere and lead meaningful lives. Time and again, we receive calls from individuals who are discouraged and looking for ideas to address a problem at hand. They reach out to us to make a connection and gain support. We provide the support they need, and help these individuals leverage that support and encouragement to change their situation.

Dear reader, know that you are not alone and there are others who care about and share your experiences.