It was five days before Kurstin’s first Christmas, which also happened to be the day that she turned eight months old; she had just fallen asleep next to her mother on the couch. Kurstin was snuggled into a onesie, sleeping with her flower baby blanket and her bear that she called baby. Like any other typical night this was the setting in our house as we were getting ready to go to bed. Her older brother Ian was already asleep and the house was quiet. This was also the first time that epilepsy entered our lives.

Kurstin was the happiest baby I had ever seen in my life. She would rarely ever cry, and her chubby, rosy-red checks always seemed to have a smile on them. She made parenting seem easy. She had the ability as a baby to project that same joy she had onto the rest of her family members. At eight weeks old she had her first surgery and all I can remember is a day and a half of her being irritable before she went back to her old happy ways. When we were asked by the Epilepsy Association to write this piece, it was emotionally tough to do so and to go back and remember the joy and happiness that used to fill Kurstin’s life. 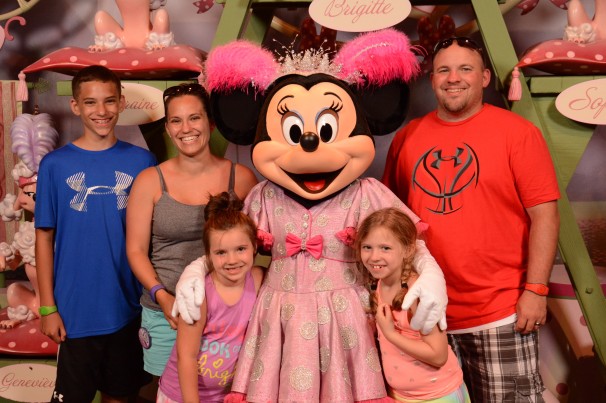 “John, what is she doing?” I still remember my wife Sarah asking me in a panicky voice like it was last night. Kurstin’s whole body began to shake and convulse. I picked her up and started to call her name but she was unresponsive to me. She started to foam a little from the mouth, and we called 911. I remember my wife asking me if it was a seizure, in which I had no clue because I had never experienced it firsthand. Needless to say it wasn’t our finest moment; we were a scared mess. When the paramedics arrived we described to them what happened. They asked us how long it lasted, and we told them that it was at least ten minutes long, not knowing back then to time her seizures. What was probably two minutes we thought were ten that felt like an hour. Like a UFO, epilepsy had suddenly descended into our lives, and we had no clue what it was.

Today Kurstin is eight years old and loves to nurture and play with her baby dolls pretending to be their mother. Her doctors have been able to do an amazing job of finding the right mixture of medicine to help control her epilepsy. Occasionally she will still have a break-through seizure, so our guards can never be down, but the seizures are considerably better than earlier in her life when she was experiencing multiple ones on a daily basis. Kurstin’s epilepsy has delayed her learning and has caused her a lot of confusion, which oftentimes can come out as anger. This has not stopped her from having a really big heart for others. At the end of every school day, she will help the other students with putting on their coats, tying shoes, and getting book bags ready to go before she even gets her own set to go. She is especially drawn to helping other special-needs children. Kurstin has two very supportive siblings. Her younger sister Olivia, who is seven years old, is her main playmate and will lie next to Kurstin and watch movies in Kurstin’s bed while she sleeps after she has had a seizure. Olivia does not like to leave Kurstin’s side after an episode to ensure that she will be okay. Kurstin also has an older brother Ian, now fourteen years old, whom she also adores. Watching her go through this has been hard on him, and the older he gets, the more of an active role he takes upon himself to watch out over her. Kurstin has been an inspiration to our family. She has never let epilepsy slow her down. It has never made her lose her determination; she just pushes forward when she has had every excuse as to why it would be ok if she didn’t.

We are very excited for this opportunity that the Epilepsy Association has given us to be able to use our story as a vehicle to raise awareness, funds, and anything else we can do for the epilepsy community because we have come to find that it is truly a community. In addition, Kurstin has her own Facebook page run by her mother that we have accomplished a few things through: letting people know how she is doing for the people who have followed her story; raising awareness for epilepsy through a social media platform; and reaching out and connecting with other people who have epilepsy and helping out however we can. Kurstin’s mother, Sarah, has used her job as a platform to raise awareness to the public about epilepsy and has done her part in fundraising as well. Our family has donated our time and worked with organizations such as Unite This City and A Special Wish in similar efforts. Our family is excited and would like to thank the Epilepsy Association for giving us another opportunity to once again be able to fundraise and spread awareness in the 13th Annual Winter Walk on Saturday, January 27th at South Park Mall in Strongsville.

One thought on “Wilhelm Family Story”